ConServer focuses on further development of the character/persona, Jeff Stanley, as a talking head and media pundit. The name, ConServer, is a contradiction: ConServ(ative) politics and methods. JCS embedded himself in the concrete ideologies of the conservative to understand the concrete problems of the world. The conservatives addressed in this video thrive on the paranoia of their own audience. As the character becomes more robotic (and psychotic), he becomes more human. This is not a simple psychoanalysis of one individual. Simply, this character mimics those found in the media in a similar way that an Artificial Intelligence will converse with a user via an algorithm of dialogue that allows it to learn. ConServer signifies a direction towards web based presentation, and user of new terminology and technology. If you are interested in how a arrived at this webseries please read the statement below, and for further investigation on my work read the Thesis Report attached below. 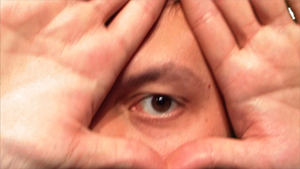